Media as an Instrument of Hybrid Warfare: A Case Study of Pakistan

This paper aims to analyze the role of media as an instrument of Hybrid warfare to shape public opinion and to see its impact on different organs of state. 21st Century dawned alongside an emerging form of warfare called Hybrid Warfare, one which in its nature and character is remarkably diverse and whose scope extends beyond conventional elements of war, that is to say, domain, adversary, objective, and force. Modern wars, owing to asymmetric lines of conflict, are difficult to be categorized as conventional or counterinsurgency and are in stark contrast to traditional models of war and peace. Given the multifaceted dimensions of this new concept of waging war, it is significant to evaluate its contours and grasp an understanding of its nature and instruments. Does the paper evaluate how it can play a pivotal role to mitigate existing and future challenges being faced by Pakistan in the domain of Hybrid Warfare? 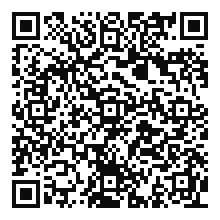