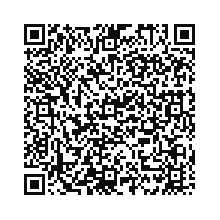 Effects of Turkish Dramas on the Youth of South Punjab

Dramas have played a vital role in terms of building stereotypical images of the roles different individuals have in society. These stereotypes often have a direct impact on society as individuals see through these images while deciding the good and bad of the society. In a recent development, Turkish dramas have gained huge popularity as an alternative medium of entrainment in Pakistan. However, very few studies have focused on the impact of Turkish dramas on Pakistani youth. The current study aims to bridge that gap. The study is quantitative in nature. The results reveal that the contents in those dramas are not Islamic; instead, they are based on Western culture. Moreover, these western cultural values are creating a negative impact on the youth of Punjab. Considering the imagery shown in Turkish Dramas as ‘Islamic’, the youth seem to be more influenced by these contents compared to other drama industries.

Turkish dramas started being aired in Pakistan in Urdu dubbed form in 2013 and continued on national channels until recently when foreign contents were banned. Cable operators from different parts of the country, however, continue to play Turkish dramas, which are very popular among Pakistani audiences. At its initial stage audience appreciated the content, as it was significantly different from the previously aired dramas in the past few decades. Turkish Dramas came with a high impact on youth as it was a mix of both eastern and western cultures. Turkey, being a Muslim majority country, has not only a close resemblance to religious values in Pakistan but also has all the attraction of the west for the Pakistani audience. Moreover, the culture shown in the drama is not the only attraction these dramas have. Instead, the storylines of the plays are also closely related to the issues of Pakistani society. Most of the storylines appear to be based on domestic issues, marital issues and extramarital relationships. However, over time, due to the nature of some of these western values and the increasing impact of Turkish Dramas on Pakistani youth, it became a major concern of the media critics to raise voice against these dramas. They questioned the cultural and social impact of these contents. Despite this criticism, Turkish plays continue to be accepted and popular among Pakistani viewers that need serious attention from academic scholars. The current study aims to bridge this gap.

Objectives of the Study

Dramas play an important role in society. Moreover, it has also been observed that women in Pakistan tend to adopt the lifestyle shown in different dramas on TV channels. Shabir et al., in their study “Cultural effects of Urdu dramas of Geo and Hum TV on women: A case study of Bahawalpur, Pakistan”, show that TV dramas affect the lifestyle of people watching them. They argue that, other than entertainment, media also has other effects that its contents carry with them. The general public seems to only care about the content quality in terms of entertainment but not the other possible factors which are affecting them in the longer term. They argue that some of the negative contents work as slow poison for the society while promoting negative and completely opposite cultural values. Considering the youth being adaptive and flexible towards a new culture, the foreign contents can have stronger effects on youth, unlike the mature adults.

Zaid bin Ismail found in his study on “Impact of Television on youth” that the views of the students of Punjab University had changed on the issues of parental authorities, women’s freedom, coeducation etc. They were more in line with the western styles instead of Pakistani culture. Zaid bin Ismail further argues that it is the responsibility of the state to protect its identity and cultural values from any cultural hegemony and invasion of any foreign culture.

Shahbaz Aslam et al. Note that Turkish culture, being so-called Islamic, is close to the Pakistani audience. Urdu dubbed television programs are depicting a precious and beautiful culture; however, the culture which is displayed in Turkish dramas does not appear to be Islamic. This is against the general conception of these dramas. The culture shown in Turkish dramas is more western than being Turkish, as Turkish content creators try to follow European society as well as their celebrities. Not only these dramas are depicting western culture, but they are also misleading. The audience is misguided towards the perception that the Muslims in Turkey live with western cum European lifestyle. Showing that lifestyle as ‘normal and ‘acceptable’ creates a negative impact on the general public.

The general public influenced by these dramas includes both male and female, and hence appear to be equally being influenced. There have been several studies that have assessed the role of television on women. For example, Anjum Zia, in her PhD thesis titled “Impact of Cable Television on Women”, concluded that “women viewers of cable television tend to show a greater degree of acceptance of television characters”. Zia also demonstrated that those ladies who sit in front of the TV progressively influenced their exercises like paper perusing, going to film, the suppers preparing and serving plan, their household or individual use and communication with companions or and family members.

Dubow et al. note that the present generations are attracted to the so-called “media-saturated environment”. Our youth is exposed to a very saturated environment in which they have a lot of exposure to media. Extra-ordinary exposure to media can lead our youth in the wrong direction: Firstly, it makes it difficult for them to make decisions as it displays too many options to them. Secondly, the youth of any society is not grown enough or not mature enough to understand all types of circumstances globally. As a result, these excessive contents of media saturation create a negative impact on them. These are some of the most important causes which are leading the youth towards other distractions and, to some extent, causing mental illnesses as well. Abbasi et al. suggest that the social standards and estimations of society assume a significant job in molding the frames of mind of its kin. TV Dramas and films are infiltrating Islamic values and Pakistani culture.

Based on the above literature, the powerful impact of media in general and dramas -in particular, is self-evident. Moreover, it also shows how the youth in Pakistan gets easily influenced by the saturated contents of the media.

This study is based on a quantitative methodology. The researchers adopted a survey method in order to assess the effects of drama contents on youth. The survey attempted to explore if there was a positive or negative connection between the Watching of Turkish dramas and the effects of their culture. The study focused on both male and females’ groups of respondents. 300 questionnaires were distributed among respondents who returned 220. Hence the response ratio was 73%. The rest of the respondents were either busy or did not respond at all.

Following is the summary of responses from the chosen sample.

The data collection was completed through the filling of a structured questionnaire distributed among the selected population, both male and female groups. The questionnaire was segmented according to the cultural changes, contents of dramas and family relationship by Turkish dramas on Youth of south Punjab. The respondents were selected from different universities of Southern Punjab, which met the selection criteria. There were a total of 300 questionnaires distributed among the selected sample of the students. Random sampling techniques were used for the selection of the sample from the overall population. Out of the 300, only 220 responses were received, which was a total of 73.33% of the response rate.

In this essay, we firstly studied the Cultural values of south Punjab, then the impact of those values on the youth of south Punjab. Secondly, we gathered the information and studied Turkish Culture. We found that the characters in Turkish dramas, particularly those representing the elite class, follow western cultural values. We observed from our content analysis of some of the Turkish Dramas that Turkey being an Islamic country, did not have much impact on the contents of the dramas as they were more inclined towards western traditions and western culture.

The analysis shows that the broadcasting of Turkish dramas dubbed in Urdu on Pakistani channels has a strong influence on the youth of south Punjab. The impact of Turkish culture appeared to be permanent as it showed exposure to the youth towards the European culture. The youth of South Punjab appears to be following almost all aspects of Turkish celebrities’ lifestyle. They not only desire to have Turkish designers’ outlets in Southern Punjab but also want to have Turkish foods.

The study also shows that majority of Turkish dramas, with the exception of Diriliş: Ertuğrul is showing an image of Turkey, which is against its general perception, such as extramarital relationships, clothing choices or family relations and the behaviour of family members with each other.

Other than the negative impact, we also found a positive impact of these dramas on the language learning abilities of the audiences, but this was only beneficial to those who were watching these dramas with subtitles on online streaming services such as Netflix.

The results also indicate that these dramas have such a strong influence on the youth that they would rather watch dramas instead of seeing guests at home, which is one of the most negative impacts of these dramas.

On the basis of the above-given factors, it is safe to write that majority of the Turkish dramas available in Pakistan have a more negative impact on Pakistani youth than a positive impact. We need to understand that the content that we observe is what we absorb into our mind, which ultimately affects behaviour and actions.

We divide these impacts into four categories: impact on culture and traditions, impact on relationships, impact on behaviour, impact on personal habits. Almost all these categories show the strong influence of the cultural portrayal of Turkish dramas on the youth of Southern Punjab, which needs not only serious attention by the policymakers but also requires further academic investigations. The study, due to its limitation of time and space, only covered a small proportion which cannot be generalized for all the population of Pakistan and hence requires further investigation at a larger scale.