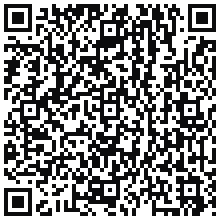 The purpose of the study is to explore the negative role of social media on university students’ mental health amidst digitalized COVID-19 setting that throbs excruciating pain, fear, anxiety, stress and depression. The quantitative and qualitative data were collected from the Department of English students of a public university in Punjab, Pakistan. The findings reveal that students are engaged daily for 4 hours on social media forums for online chats, information and amusement. The social media platforms strategically create situations to express unrestrained sentiments. The use of cartoons and images reflect students’ potential for creativity, criticality and social innovation.

The global pandemic has resulted in massive and unprecedented fear; fear of contagion, fear of each other-a, a fear that can’t be simply mitigated with online chats, webinars or learning platforms. Amidst the COVID-19 setting of social distancing and isolation, social media can be an invaluable tool for keeping us connected with friends and the wider world. However, it is observed that social media has exacerbated our stress, anxiety, distress and uncertainty (Appel et al., 2016; Banjanin et al., 2015; Ellison, 2013). Using social media more often increases fear of missing out (FOMO) and feelings of inadequacy, frustration and isolation. In turn, these feelings negatively affect people’s moods and intensify their depression (Vernon et al., 2017; Wang et al., 2018; Wang, 2006; Yan et al., 2017; Yu & Tse, 2012). The rationale of the study is to discuss the impact of social media on the mental well being of university students. The students behave anxiously and preposterously on social media amidst COVID-19. The research question is:

RQ: What is the role of social media in the creation of negative sentiments among university students amidst COVID-19?

It is noted that virtual interaction on social media does not have the same psychological benefits as face-to-face contact, but there are several positive ways that support our mental health. Social media helps us to stay in regular touch with family and friends across the world (Asare, 2015; Baker & Algorta, 2016; Frison, 2016; Steger, 2009). It is a useful platform to make new friends and develop networks with people having similar ambitions and interests. We can find outlets for our creative and artistic expressions. It is a productive learning forum as we can attend webinars, workshops and conferences (Jin, 2013; Manago et al., 2012; Marino et al., 2018; Nabi, 2013).

Walton (2018) thoughtfully writes that mindlessly scrolling through social media is not a healthy habit regarding our collective psychology. The American Academy of Pediatrics has researched the negative effects of social media in young kids and teens, including cyber-bullying and "Facebook Depression." The same risks are applicable to adults across generations. Social media, for instance, Facebook causes “Facebook Addiction Disorder’ as it results in neglect of personal life, mental preoccupation, escapism, mood modifying experiences etc. People who are over-dependent on digital devices report feelings of anxiety. Social media use such as Facebook, Twitter, Google+, YouTube, LinkedIn, Instagram, Pinterest, Tumblr, Vine, Snapchat and Reddit are linked to greater feelings of social isolation as compared to other solitary activities such as reading books, watching movies etc. (Labrague, 2014; Lee et al., 2015).

It is revealed that the more time people spend on these sites, the more mental and physical social isolation is perceived. This social isolation has depressive symptoms. Studies have certainly shown that social media use triggers invidious feelings such as jealousy that is connected with depression (Walton, 2018; Wilson, 2012). People are deluded into thinking that it will help, though they do not feel comfortable (Yan et al., 2017; Yu & Tse, 2012). More importantly, more friends on social media don’t mean that you have more friends and social networking.  Rather loneliness is an outcome that is naturally linked to myriad health and mental health problems, including early death.  Time spending with virtual friends does not have the therapeutic effect as time with real friends (Vernon et al., 2017; Wang et al., 2018; Wang, 2006).

The researcher collected the data from a large scale public sector university with several campuses across the province of Punjab, Pakistan. The mixed-method approach was used for carrying out the investigation about the impact of social media on university students’ mental health amidst COVID-19.  The quantitative instrument is the Google Survey Form. The link of the form was shared with the students of BS English, MA English and MPhil English Linguistics students in their Google Classrooms and Whatsapp groups. 135 students filled in an online Google Survey Form. The questions were:

8.       Have social media apps enhanced anxiety among students amidst COVID-19?

Data from the Google Survey Form

The data from Google Survey Form is presented as follows:

Figure 2 depicts that 83.7% of students report that they are able to engage in productive activities on social media.

The Persuasiveness of Social Media Tools

Figure 3 evidently shows that 84.4% of students are easily swayed away by social media posts and advertisements.

78.5% of students believe that social media influences their mental well-being. It has psychological implications for them.

More importantly, Figure 6 explicitly indicates university students’ anxiety at the hands of social media.  The use of social media has escalated their fear amidst COVID-19. It has a stressful and depressing impact on their minds.

It is found out that 74.8% of university students report that social media uses evoke negative sentiments and emotions that naturally release depression, stress and anxiety.

“Management, your decision won't work, won't work (S1). “This is a one-sided, biased decision. Where is the struggle of those who are protesting for 3 days? Where are the efforts of those who were beaten by police? Where are the efforts of those who were threatened by the management of the university?”(S2). “University thinks the students as a flock. They think we will give the command and the flock will follow” (S3). “Truth is that university has no concerns for students” (S4). “Look who's talking. Our future is in their hands. They need clapping (S5).  “We will assert our rights now” (S6). “How do you feel about university’s mockery? We reject it” (S7). “Allah is a witness that these professors have not taken more than 4 lectures” (S8). “We will take the online examination on campus using our own package. This is ridiculous” (S9). “I can’t understand what’s wrong with you people; you are creating unrest in students” (S10). “The university is abusing us” (S11). “University should give us back our fee” (S12). “The drama with students is rejected. We boycott examination” (S13). “We want online examination from homes” (S14). “The students should join hands to quit examinations” (S15). “I protest against this policy” (S16). “This is a very critical issue regarding mode of examination” (S17). “We are extremely disappointed” (S18). “Our movement failed because we lacked unity, political power, valid and authentic reasons and leadership” (S19). “We can’t convince management because of hypocritical students amongst us” (S20).

It is perceived from students’ comments on Facebook pages that they are grabbed by anxiety and stress. Using social media forums, they resist physical online assessment amidst the COVID-19 scenario. It is interpreted that university management decision is considered biased and incongruous. They are not allowed to approach university management; therefore, they raise their voices using social media forums. They release their frustration, fury and disappointment through impolite commentary that evidently depicts that they are under the negative influence of social media apps. They report that university management is least concerned about students’ futures and has deliberately created unrest in them. Their inconsiderate perceptions expose their disrespectful attitudes towards faculty and administration. They endeavoured to motivate and persuade their friends to join this protest and physical online examination boycott movement, but their efforts went in vain. Afterwards, students rationalize the reasons for their ineffective and fruitless implementation of the plan to convince authorities about their biased decision of conducting online assessment in physical mode.

This part demonstrates students’ potential for

creativity and criticality. They have posted the images from Tom and Jerry cartoon on Facebook pages to express their anger, anxiety, fear and stress about online assessment in the physical setting

Picture 1 articulates the university’s unjustified wrath against students. Picture 2 symbolizes students’ fear for their bleak future as an outcome of results that will be achieved from an online assessment conducted physically. Picture 3 stands for faculty’s inflexible and unsupportive behavior. Picture 4 makes an appeal for mercy and shows the power struggle between weak and strong people. Lastly, Picture 5 demonstrates the university management’s victory and suppression of students’ demands.

It is concluded that most university students spend at least 4 hours on social media to acquire learning, information and amusement. The data evidently reveals students’ unrest, anxiety, depression and stress for being excessively engaged in social media activities. Most probably, they spend little time on problem-solving tasks or scholarly activities related to self-reflection and self-awareness. They are also using social media forums to raise their voices against unjust decisions. They use threatening and outrageous language for faculty and administration of the university to change the direction of the situation to their own best interests. However, the uses of cartoons express their tendency for creativity, social innovation and humor. It is important for university students to reduce their time on social media through the removal of social media notifications and apps from their phones. They should keep their focus their attention on their academic work and problem-solving tasks. They should use social media with ethics, mindfulness, self-reflection, innovation, criticality and artistic skills.  They may unfollow any social media group or page that intentionally stirs up their emotions to create anxiety in them.