This research investigates the editorial coverage of two elite newspapers of Pakistan; Daily the News International and Daily Dawn regarding electricity crisis in Pakistan from June 2010 to May 2011. For this research study, 49 editorials were studied, comprised 648 sentences. Twenty-two editorials (291 sentences) in Daily Dawn and 27 editorials (357 sentences) published in Daily the News International during the proposed period of the study. All editorial sentences are divided into five different categories; Causes, Effects, Reactions, Solutions and Miscellaneous of the electricity crisis according to the nature of data. The study finds out that both newspapers gave 22.06% favourable, 36.57% unfavourable coverage, while 41.35% neutral coverage on the issue which shows that both the newspapers have given more neutral coverage. The researcher used framing theory as a theoretical framework. In light of results, the researcher concluded that the media framed this crisis in a neutral way. 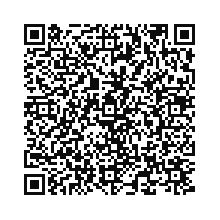