The objective of this study is to determine the frequency and severity of Post-Traumatic Stress Disorder (PTSD) symptoms in journalists of Peshawar. A self-report 17-items questionnaire based on PTSD civilian version (PCL-C) was administered to 252 working journalists of Peshawar Press Clubs. The findings revealed that 17.3% of journalists exhibit extreme while 31.1% show higher PTSD symptoms. Since this paper is aimed at journalists, their unions, media houses and NGOs, therefore, specialized jargons of psychiatric literature have been avoided. Instead, simple language has been used. The paper stresses the need that psychiatric establishment and media industry should build a joint body of knowledge to create awareness and a conducive environment for journalists to seek counselling. Although the law-and-order situation has now improved, there is a dire need for post-conflict reflexivity. Also, PTSD symptoms sometimes appear at quite later stages. 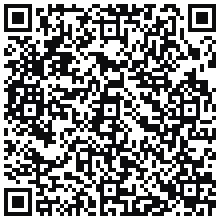