The study attempts to analyze the coverage of recent Sino-Indian border conflict through peace and war journalism along with understanding how peace journalism ideals can be translated into conflict reporting. The descriptive analysis of news stories published from May 5, 2020, to October 5, 2020, in the mainstream contemporary English press of China (China Daily and Global Times) and India (Times of India and The Hindu) is carried out through content analysis. The period is significant because of the recent border conflict between China and India at Ladakh. The approach of peace and war journalism is explored through in-depth interviews of Indian and Chinese journalists. The study concluded that both Indian and Chinese press employed war framing more dominantly than peace framing while reporting on-going border conflict. A higher instance of peace journalism was recorded in the Chinese press in comparison to the Indian press. The ideals of peace journalism can be achieved by refraining from becoming part of the propaganda paradigm. 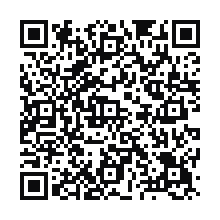