Social Responsibility of Media in Pakistan: Exploring the Audience Perception

Media has some fundamental regulations, laws and ethics along with social responsibility to ensure the privacy of the public. Pakistani media is usually considered to be lacking in abiding by such responsibilities. This article aims to investigate that to what extent Pakistani media is socially responsible. It further explores audience perception regarding the erosion of culture through inappropriate foreign media content on Pakistani media. Data has been collected with the help of a questionnaire from 324 respondents. Results show that public perception regarding the social responsibility of media is different for different outlets. Television is considered more socially responsible for female respondents. Respondents (at home) and (graduated) believe that television is much socially responsible than radio, newspaper and magazines. However, television is considered the most harmful media regarding inappropriate foreign content. Respondents above fifty years of age, government employees and highly educated believed that television compromises social responsibility higher than other media. 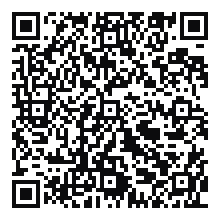