Thematic Analysis of the Editorials of Pakistani Print Media during the General Election, 2018

Print media has been a major source of information for people across the globe. It has played a vital role in every field of life by highlighting issues and promoting positive images. Likewise, its role in the elections cannot be ignored. The current study investigates the topic of discussion in the editorials. Public issues were discussed, the frequency of supported political parties and the differences in the editorials among the newspapers during the general election 2018. The data analysis revealed marginalized importance of public issues for the editorial writers. The analysis also indicated a strong heedlessness towards public issues and welfare. Thus, it is concluded that both priming and framing of international issues are overemphasizes the financial situation. Theeditorials have been found focused on Pakistan Tehreek-Insaf and Pakistan Muslim League (N) while, public issues such as poverty, childlabour, education, and others remained highly underrepresented 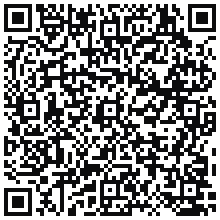