The contemporary phase of the youth-led freedom movement in Indian Held Kashmir (IHK) is not confined to the armed rebellion by the Kashmiri youth but is also coupled with a non-violent approach using social media against the atrocities and human rights violations such as systematic torture, rape, extrajudicial killing, and prisoner abuse, by the committed by the Indian armed forces. Victims' stories have been well-documented and 're-packaged for the world community through social media. The freedom movement went through various phases throughout history, and the most recent phase was introduced in 2016 after the brutal killings carried out by the Indian armed forces that included Burhan Muzaffar Wani, a youth-icon and a freedom fighter who used social media as a communication tool. The use of modern communication technologies like social media ensures that the narrative of the people of Kashmir regarding the freedom from the illegal occupation of Kashmir and suppression by Indian security forces would spread all around the world. This paper applies social movement framing analysis to this contemporary freedom movement in IHK to better understand the ways in which it is being re-defined by activists through exposure and affiliation to other transnational protest movements and re-framed in a manner that stresses the universal applications of contemporary human rights mobilizations. 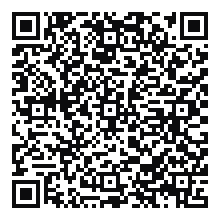